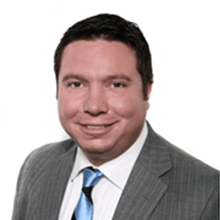 Christopher Doyen joined the Doyen Law Group in January 2016 after beginning his career with Robert A. Chapski, Ltd. in August of 2013. He spent the first two years of his career assisting clients with various family law issues.

During 2011 and 2012, Mr. Doyen interned at Prairie State Legal Services and served the indigent and victims of domestic violence in Kane, DeKalb, and Kendall Counties.